Many people turn to coffee as their preferred morning brew, but for some people, consuming large amounts of the stimulant can result in jitteriness and agitation. It can therefore be difficult to put down that cup if you’re one of the group aiming to reduce caffeine intake but unable to give up the energy boost. However, you might want to think about some coffee substitutes that will still wake you up rather than trying to fully cut off coffee. If you’ve been reconsidering your daily cup (or two), look for a coffee substitute, then this article is for you. Check out the top 8 healthy alternatives to coffee

Give matcha a try if you long for the morning routine of drinking something warm. Matcha is a finely crushed powder made from specially produced and processed green tea leaves. Matcha is made from green tea leaves that have been shade-grown for three to four weeks before to harvest; during processing, the stems and veins are eliminated. The Camellia sinensis plant produces more theanine and caffeine while it is growing in shade. Due to the fact that it is floating in a liquid, usually water or milk, matcha powder is ingested differently than tea leaves or tea bags. Be aware that matcha does contain caffeine, though the amount is much lower than you’d find in coffee. 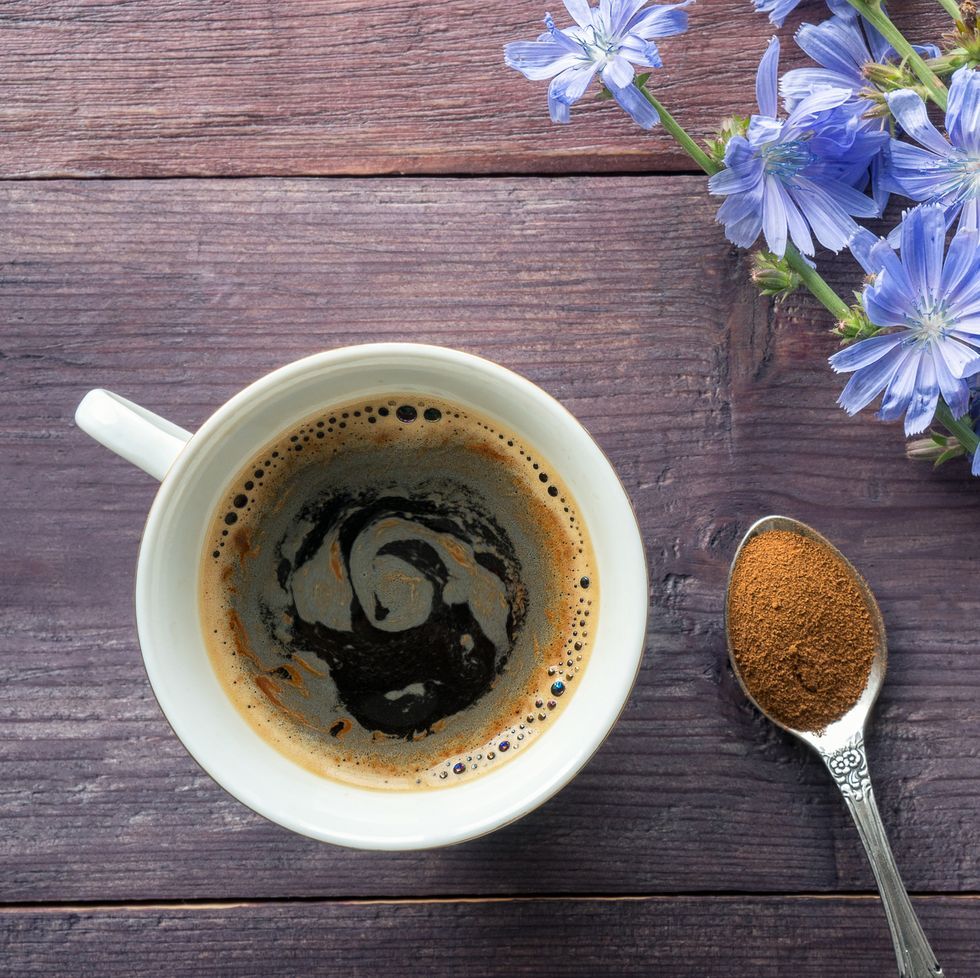 Chicory coffee is a great choice for you if you can’t live without coffee’s flavour. A flowering plant belonging to the dandelion family is the chicory. Light purple blooms, a stiff, hairy stem, and leaves that are frequently added to salads are its distinguishing features.

The roots of the chicory plant are roasted, ground, and brewed to produce chicory coffee. It has a flavour that is frequently described as slightly earthy and nutty and has a coffee-like flavour.

It is used either alone or combined with coffee to enhance the flavour. 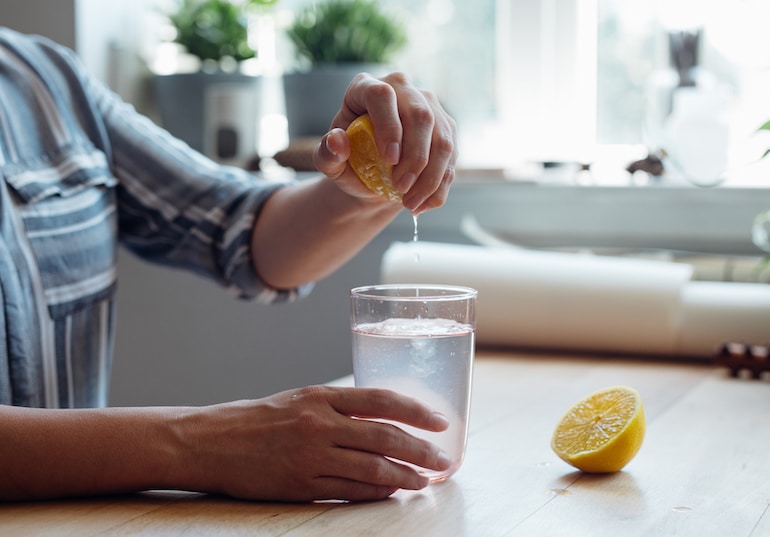 Hot water with lemon has become a popular morning beverage, though it won’t offer you the same caffeine boost as your cup of coffee.

After a long night of sleep, you can rehydrate by simply adding a little citrus juice to a mug of plain, hot water to give it a refreshing flavour. In addition, lemons are a fantastic source of vitamin C, an antioxidant.

Although warming the water will give you a wonderful, calming alternative to a morning cup of coffee, you may also drink it cold. 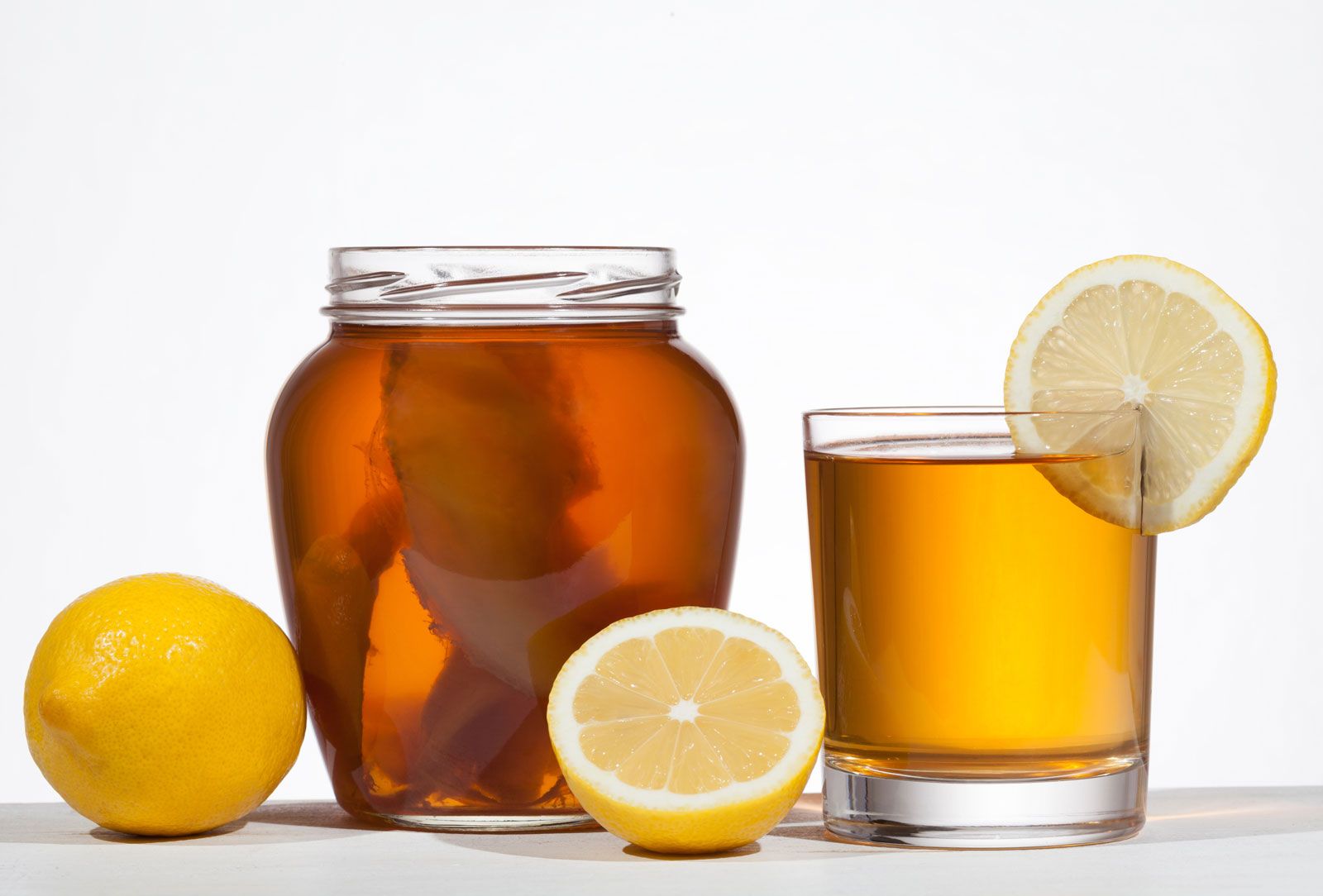 A fermented, mildly effervescent, sweetened black tea beverage known as kombucha is frequently ingested for its alleged health advantages. To distinguish it from the culture of bacteria and yeast, the beverage is occasionally referred to as kombucha tea.

It’s common to add juice, spices, fruit, or other flavourings with Kombucha. B vitamins are essential for assisting your body in releasing energy, and kombucha is a great source of both Vitamin B and antioxidants. These nutrients can help with digestion and provide you with the energy you need without giving you the normal coffee crash. 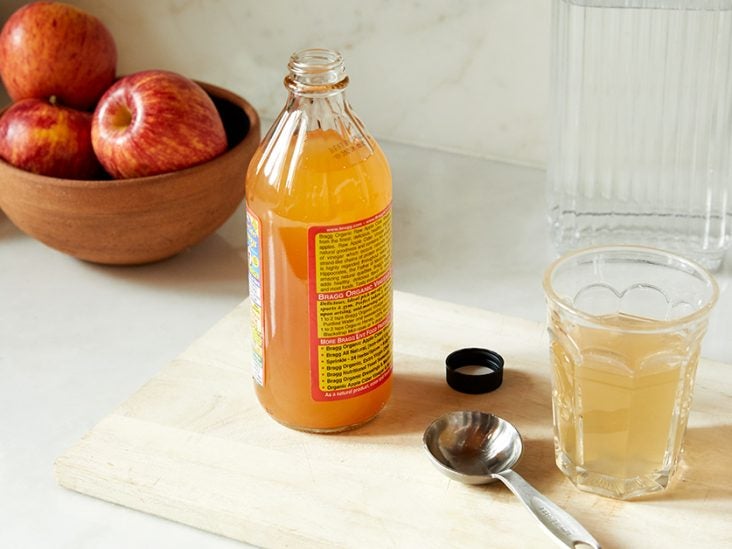 Apple cider vinegar, often known as cider vinegar, is a vinegar prepared from fermented apple juice that is used in chutneys, vinaigrettes, marinades, and salad dressings. It is prepared by smashing apples and then pressing the juice out of them.
According to one study, the rise in blood sugar levels in those with insulin resistance was reduced by 64% when they drank 20 grammes (0.5 teaspoons) of apple cider vinegar prior to a meal. However, patients with type 2 diabetes did not see this impact. ACV can be harsh on your teeth, so don’t drink it straight. Instead, dilute a small amount (no more than 1 to 2 tablespoons) into a warm mug of water. 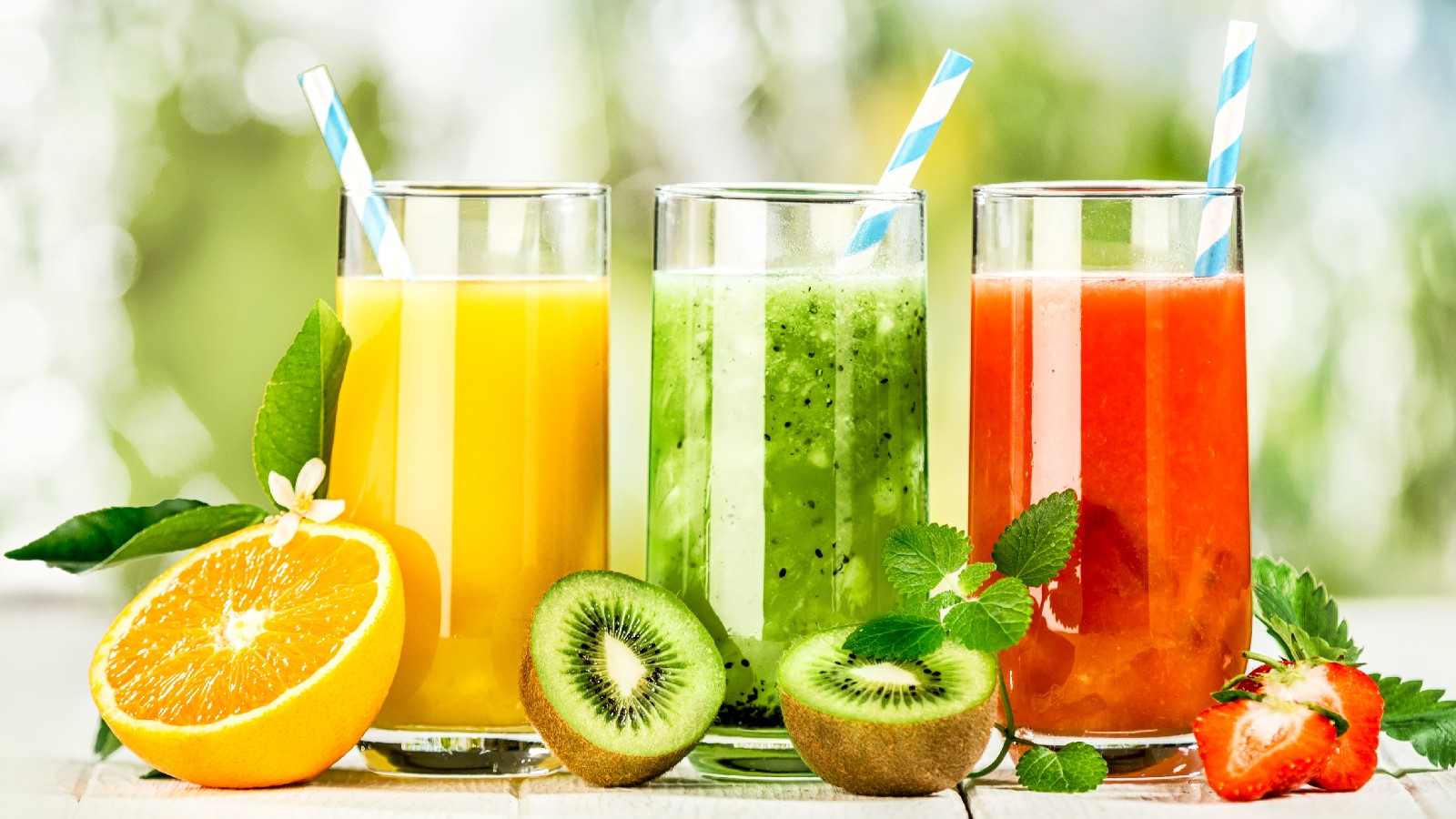 An excellent approach to acquiring a substantial supply of vitamins and minerals and starting your day fresh is to drink fruit juice or smoothies by blending or extracting fresh fruits and vegetables. The vitamins in fresh fruits and vegetables, such as berries, bananas, and oranges, as well as leafy greens like kale and spinach, assist your body turn food into fuel, also known as energy. Use your juicer or blender to experiment with various taste combinations until you discover one you like. 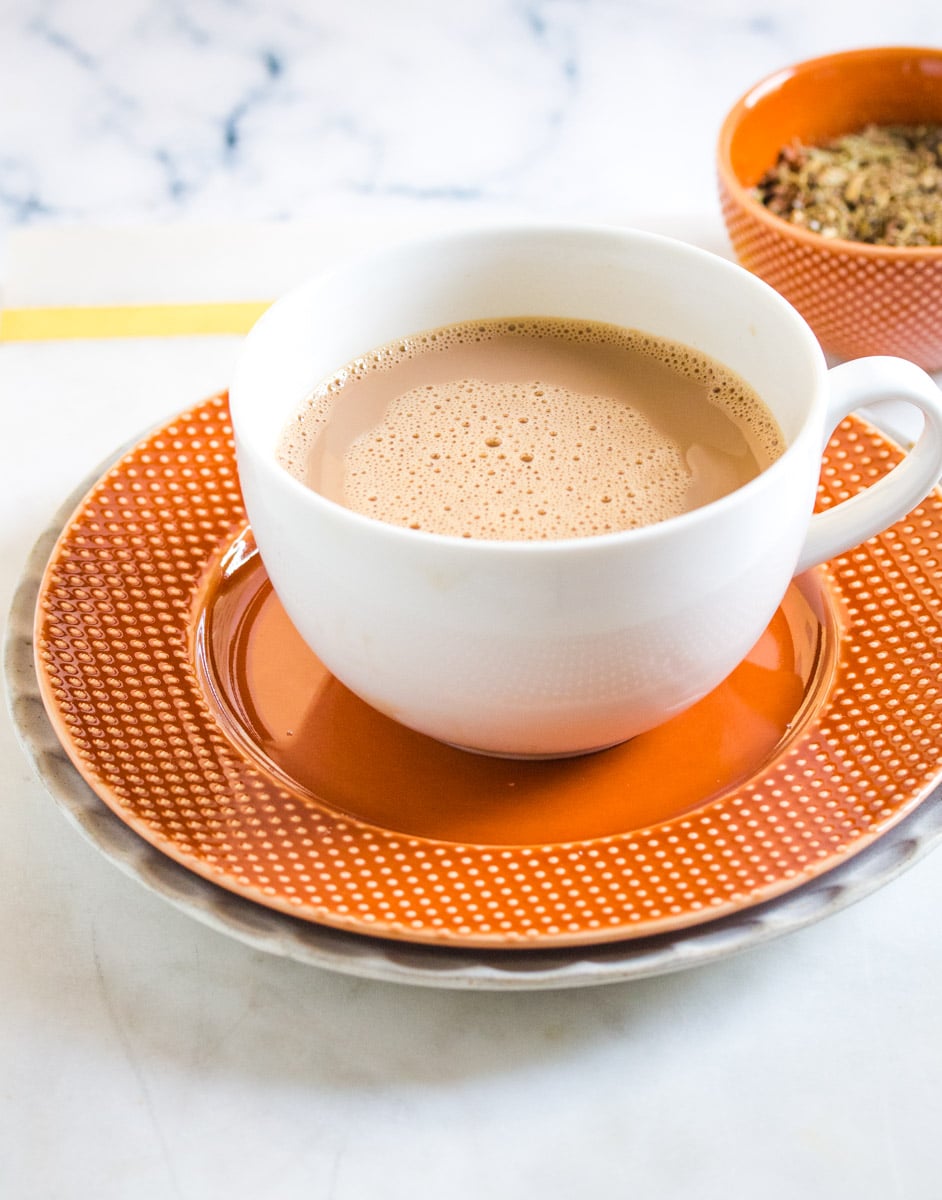 The sweet and sour beverage chai has its roots in India. Black tea is blended with flavorful herbs and spices like cinnamon, cloves, and black pepper to create this beverage. Although black tea has 48 mg less caffeine than coffee, research show that it can nevertheless increase mental alertness. The Camellia sinensis plant is used to manufacture both black and green tea, but black tea goes through a fermentation process that alters its chemical composition. Both kinds appear to have potent antioxidant qualities. Overall, chai is a fantastic substitute for coffee if you want to get your morning going. 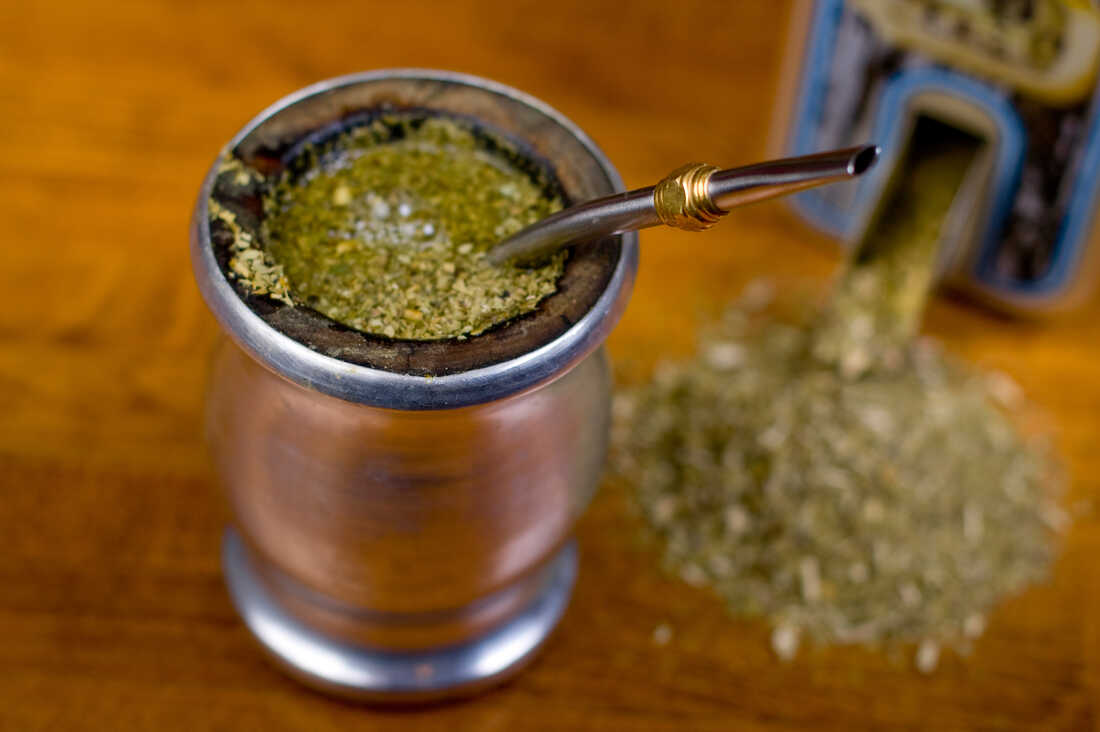 The dried leaves of the South American holly tree, llex paraguriensis, are used to make yerba mate, a herbal drink that contains natural caffeine. Yerba mate is a wonderful option if you want to replace coffee but don’t want to give up your morning caffeine.

The amount of caffeine in one cup (237 ml) is around 78 mg, which is comparable to the amount in one cup of coffee on average. Additionally rich in beneficial plant substances that function as antioxidants is yerba mate. In fact, some research indicates that it might contain more antioxidants than green tea (16Trusted Source).

It also includes a number of vitamins and minerals, such as calcium, iron, phosphorus, riboflavin, thiamine, and vitamins C and E.

Kulpreet is a fitness enthusiast who enjoys working out and believes that healthy eating is a key to healthy living. She is an active participant in marathons and can't function without her early morning manna from heaven -a cuppa of piping hot coffee! She is looking forward to exchange ideas and tips on health spread the innumerable benefits of a fit lifestyle.